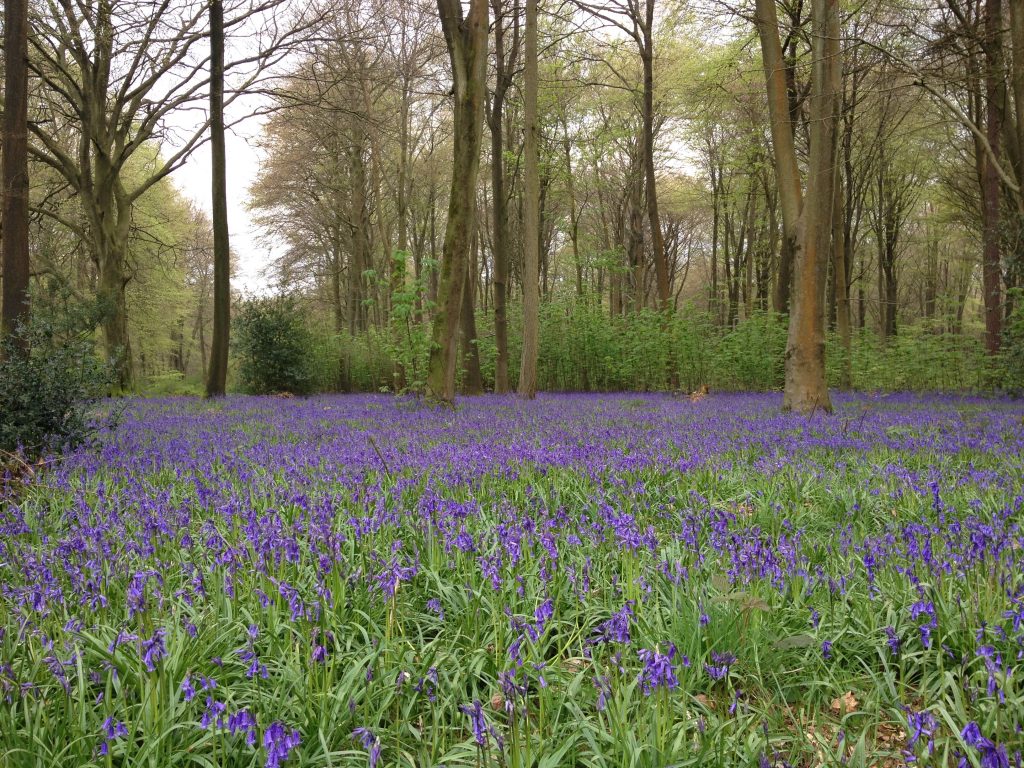 There are few sights more beautiful, or quintessentially ‘English’, than a breath-taking carpet of intense, blue, native Bluebells in Spring. 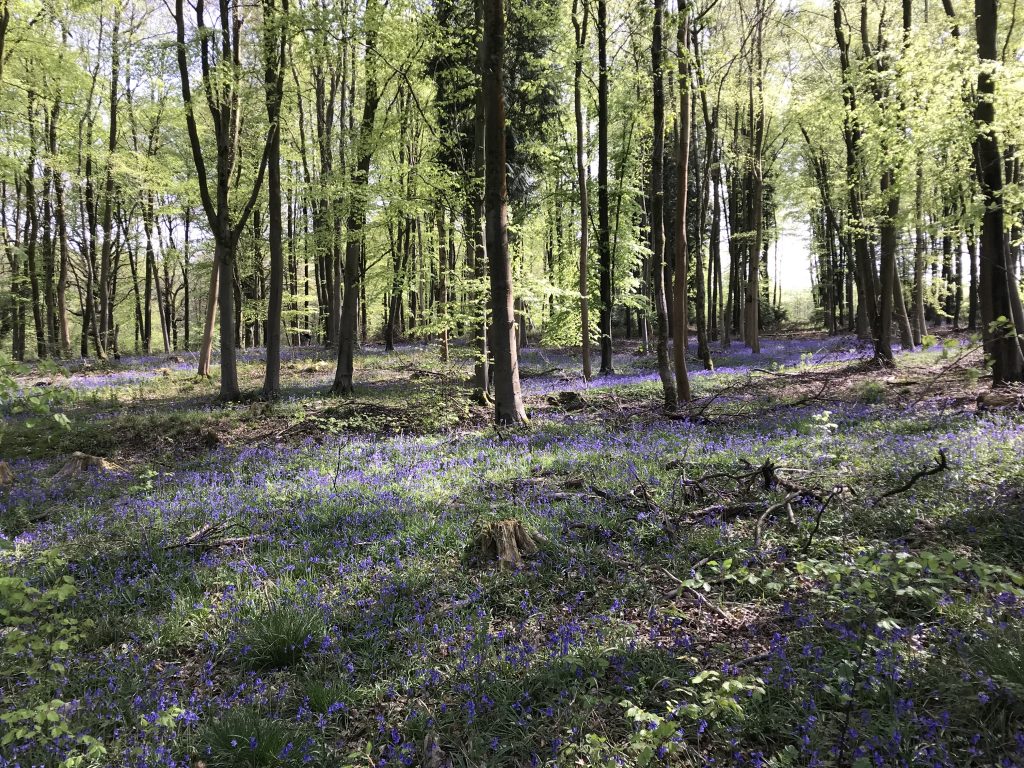 Between April and May, our ancient broad-leaved woodlands start to burst into life again, with displays of magical Bluebells, enchanting and uplifting, hailing the arrival of spring, and the promise of good weather ahead. Bluebells appear before the trees come into leaf, whilst the sunlight can still penetrate the tree canopies to reach the woodland floor, allowing the humble Bluebell to work its magic. 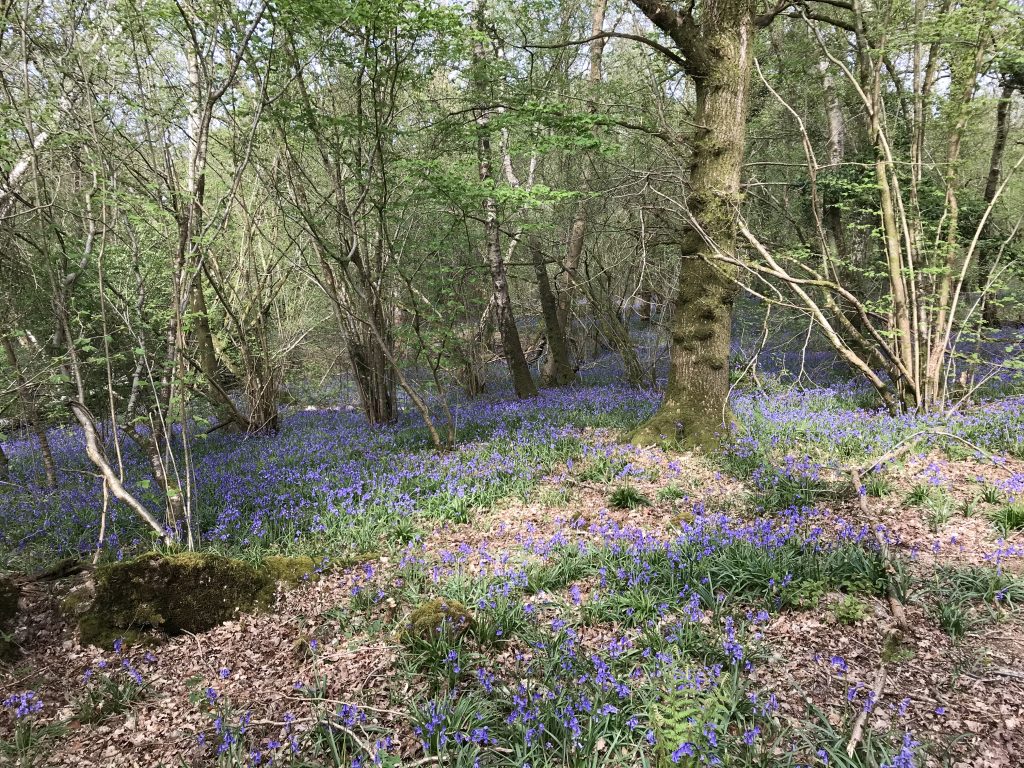 Often the subject of photographs, paintings and poems, the ‘English’ Bluebell is an icon of our countryside. People venture far and wide, seeking out the best wood, to catch a glimpse of a wonderful deep blue carpet under the fresh green emerging leaves of the trees above. The buds of promise that then open out into the most beautiful deep blue spikes of scented bell shape flowers. They’re most commonly found, often growing quite densely, in ancient broad-leaved woodland, but also along hedgerows, and in fields and gardens.

The true ‘English’ Bluebell, Hyacinthoides non-scripta, is a perennial bulbous plant from the Asparagaceae family, first described by Carl Linnaeus, Swedish botanist, in 1753. Their flower stalks can reach up to 50cm tall, with bell shaped flowers in a beautiful shade of deep violet blue. Almost half of the world’s population of Hyacinthoides non-scripta are found in the UK and, as such, they are relatively rare in the rest of the world, with the remaining population found in France, Netherlands, Belgium, and north-western Spain. 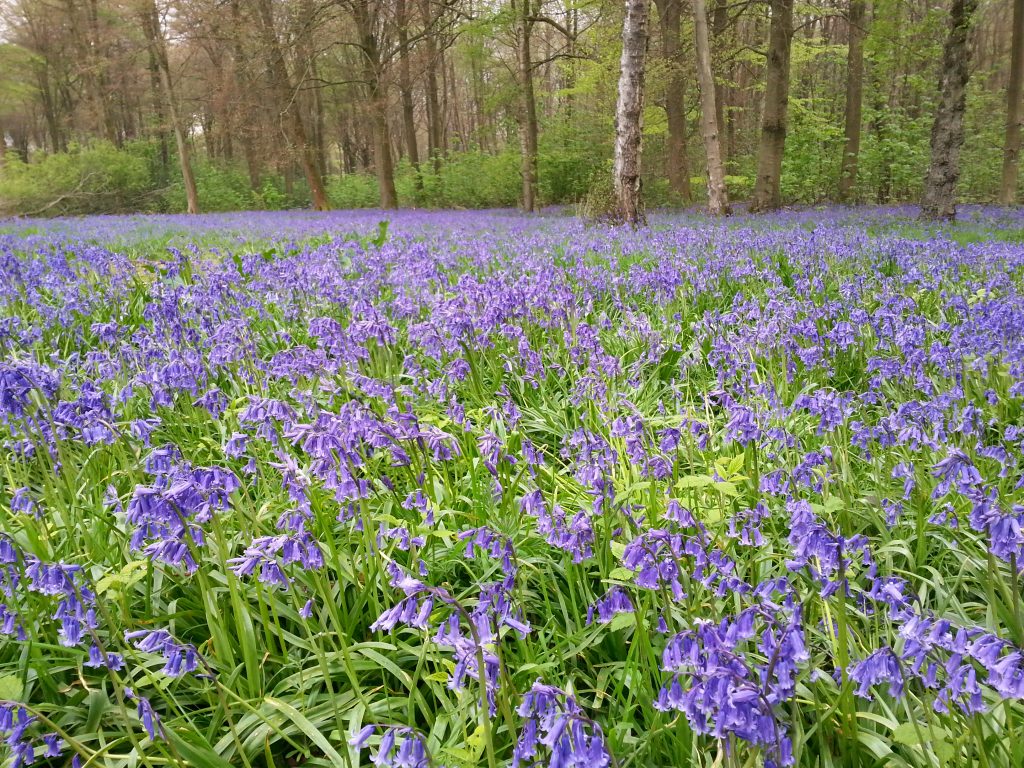 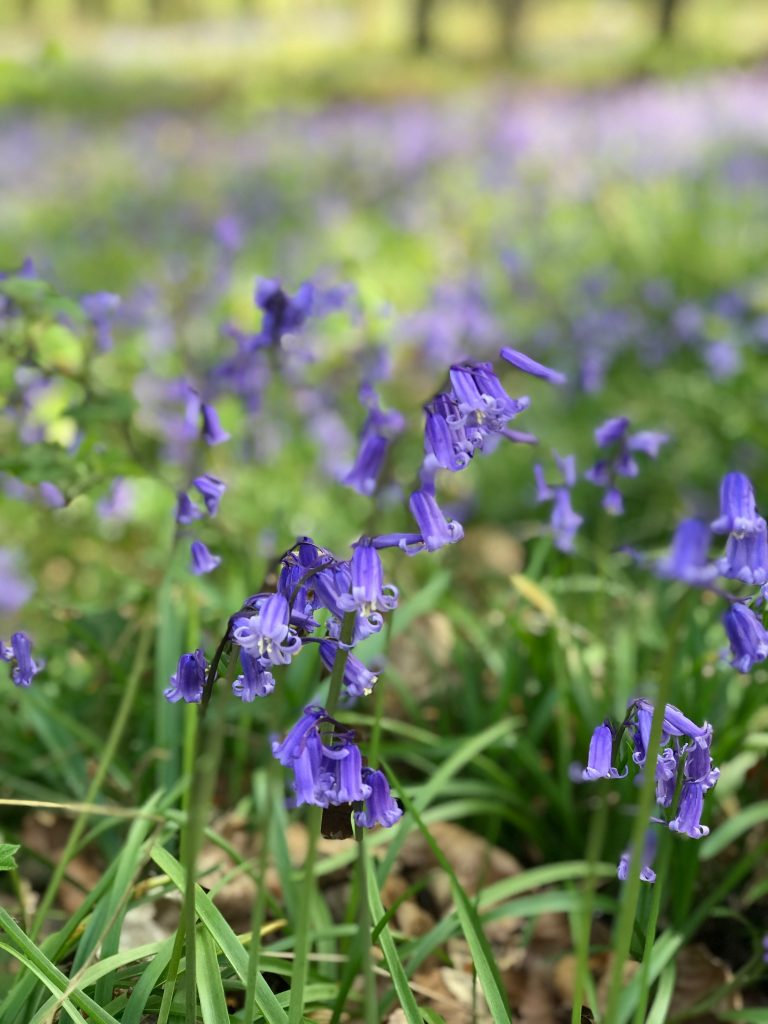 Sadly, the hybrids created through cross breeding, are a threat to our native Bluebell. They are highly fertile and outcompete the native variety, having escaped into the wild, where they were first recorded in 1963, but are now found in increasing numbers in woodlands around the country. With nearly half of all Hyacinthoides non-scripta being found in the UK, and under threat by the hybrid and cross breeding, it is actually under threat on a global scale.

The native Bluebell is also threatened by destruction of its natural habitat and through collection from the wild. They are protected by the Wildlife and Countryside Act 1981, which prohibits anyone from digging up bulbs in the countryside, and landowners from removing Bluebells from their land to sell. It is also an offence to trade in wild Bluebell bulbs, or seeds, although that may not be easy for authorities to enforce. 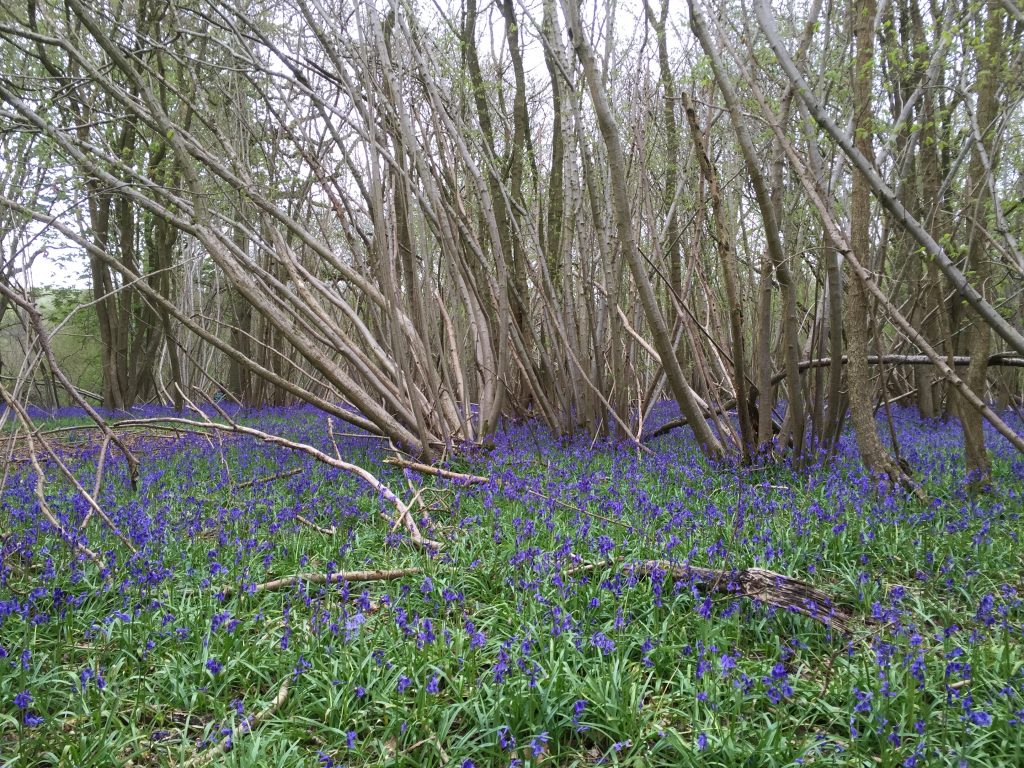 Bluebells are a valuable resource for wildlife, as an early source of nectar for bees, hoverflies, and butterflies. They are poisonous, affecting the heart if ingested. Hyacinthoides non-scripta reproduce by seed, or natural vegetative propagation, but colonies can take around 5-7 years to flower from seed.

The ‘English’ Bluebell creates one of nature’s most stunning displays. It is increasingly important that we look after and preserve the true native Hycinthoides non-scripta for future generations to enjoy. 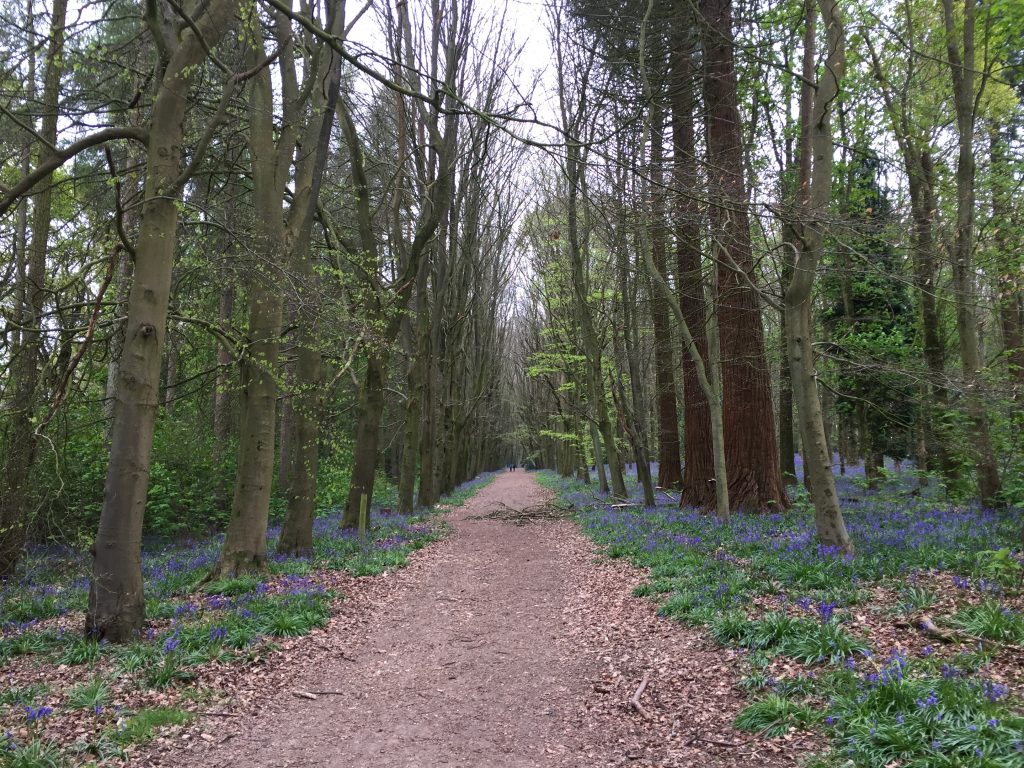 We can all play a part by being vigilant in our own gardens, digging up and destroying any Spanish or hybrid Bluebells that we find, in so doing reducing their population, and removing the ability for escapees into the wild, or cross breeding, which would inevitably weaken and dilute the precious native bluebell that we all know and love so much! 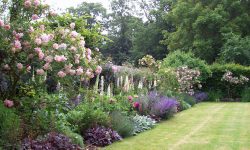 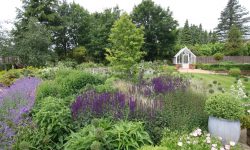