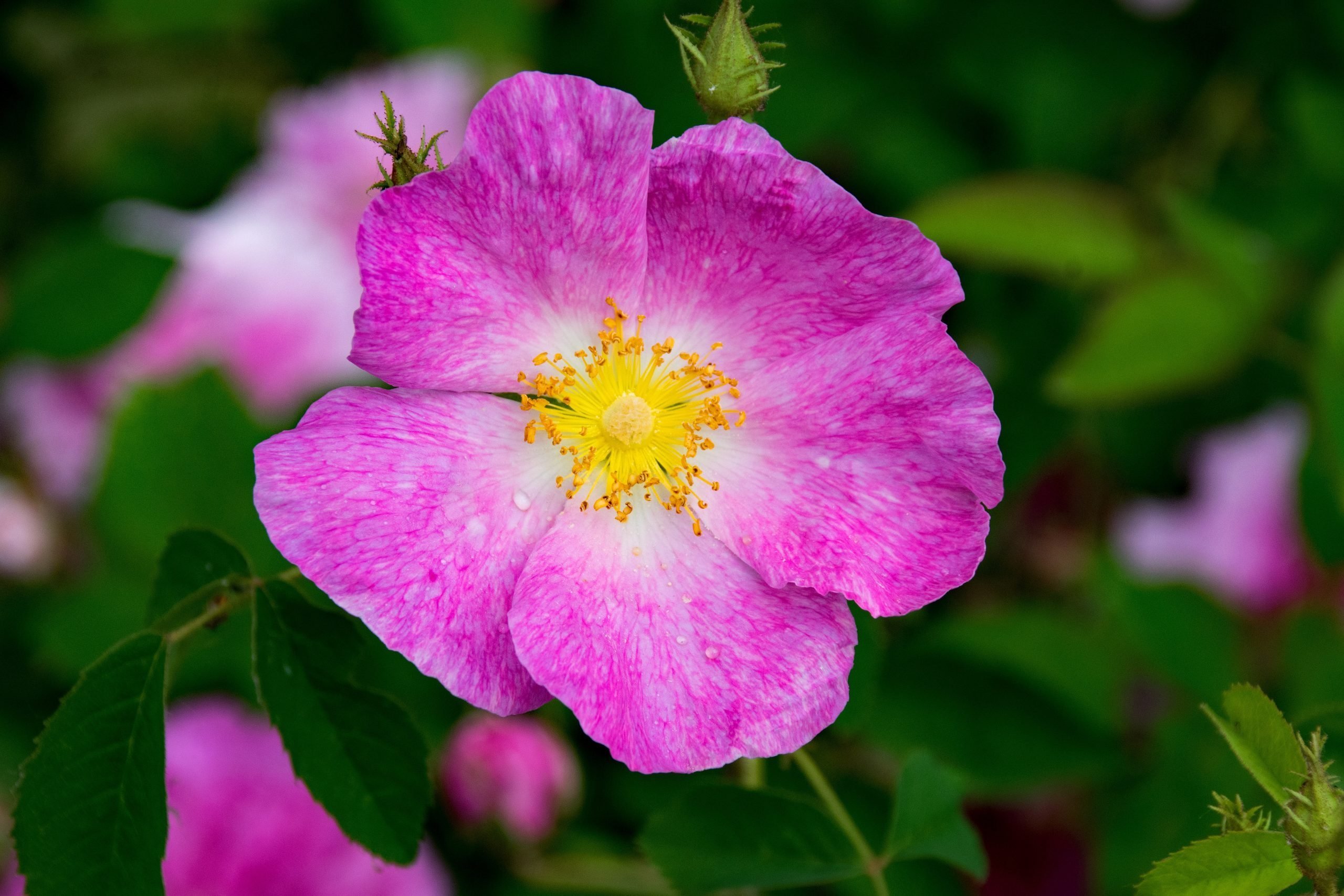 Elegant, understated and timeless, few plants evoke such adoration as the Rose –  one of the oldest cultivated flowers. Whether it’s a single flowered species or a cultivated, overblown bloom, Roses bring a wonderful scent, colour and a sense of romance to the garden.

Rosa gallica is the oldest of all garden roses and was originally found growing wild throughout central Asia before being grown by the Persians and Egyptians.  Generally accepted to be the ancestor of classics such as Damasks, Centifolias, Mosses and Albas, the Gallicas genes are found in almost all modern garden roses.

A diverse group, with colourful, full-blown, single, semi-double and fully-double blooms, Gallicas are prime candidates for English country gardens and are wonderful paired with old fashioned Geraniums, Alchemilla mollis, Valerian and other herbaceous plants, or simply grown on their own.

The best-known variety is Gallica officinalis, used as the red rose symbol of the Lancasters in the War of the Roses.

Others include Rosa ‘Cardinal de Richelieu’, a deep rich purple bloom that makes the perfect foil for lighter coloured perennials in a mixed border and works perfectly with plants with silver or grey foliage; and Rosa ‘Complicata’ – a beautifully simple flower with masses of large, single pink blooms and a glorious display of golden yellow stamens.

Early in the season there are few more spectacular roses to be found than this one, either as a free-standing shrub in the middle of a lawn or in a meadow mixed with wild flowers.

Without doubt though, one of the loveliest gallicas is Rosa gallica ‘Versicolour’, better known as Rosa mundi or Rose of the World – a profuse, semi-double bloom with sumptuous streaks of deep pink and white.  Although it produces only one flush of flowers each season, it is followed in autumn by crops of small bottle-shaped orange-red rose hips, adding interest and colour to the winter garden.  It can be grown as both a rambling shrub or as an informal hedge and works very well in a productive garden environment, grown as a hedge to keep rabbits at bay. 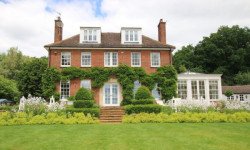 DESIGNING A LARGE GARDEN A New Garden from an Old Estate 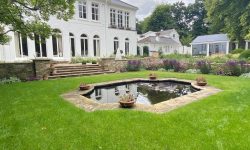