‘Create a garden worthy of opening to the public’ was the brief from the owners of an old rectory in Berkshire, twenty years ago. With this in mind, we devised a masterplan of connected, but differing, garden rooms with the aim of creating an interesting journey around the listed property.

The 1950s concrete path layout within the former vegetable garden was replaced with a new potager, at the centre of which stands a Wisteria-clad, Oak arbour designed for outdoor dining.

To divide the potager from the newly created croquet lawn, we positioned a ‘table-top’ pleached Hornbeam tunnel, framed by Yew hedging. A sculpture placed at the far end now draws one down the tunnel, allowing discovery of the hidden entrances to the differing garden rooms.

An underused swimming pool was converted into a reflecting pond creating a beautiful, yet cost effective, solution for this area of the garden. Lilies float elegantly on the water, with Golden Orfe offering flashes of orange below the surface.

Additionally, colourful herbaceous borders, a white Rose garden and a pollarded Lime tree avenue were created and an awkwardly sited tennis court was disguised behind a sea of tall Stipa gigantea and topiary Yew columns.

A defined lawn was shaped by allowing peripheral, mown areas to be grown into a grass parterre; the mown paths forming patterns within. It was a joy to discover many wildflowers already within the lawn, finally being allowed to put on their seasonal display, having been released from a regular mowing regime.

We are delighted to say the garden has been opened to the public under the NGS yellow book scheme, which has been rewarding for all concerned. 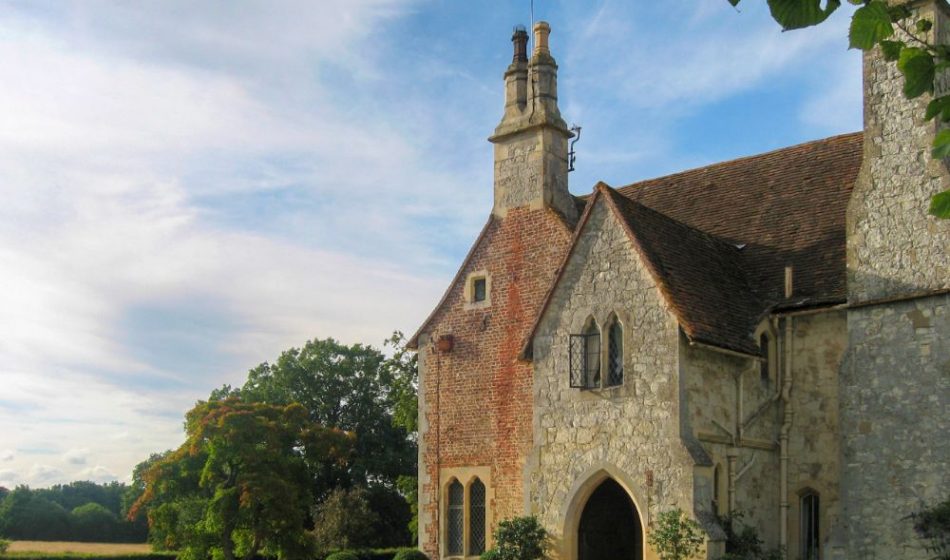 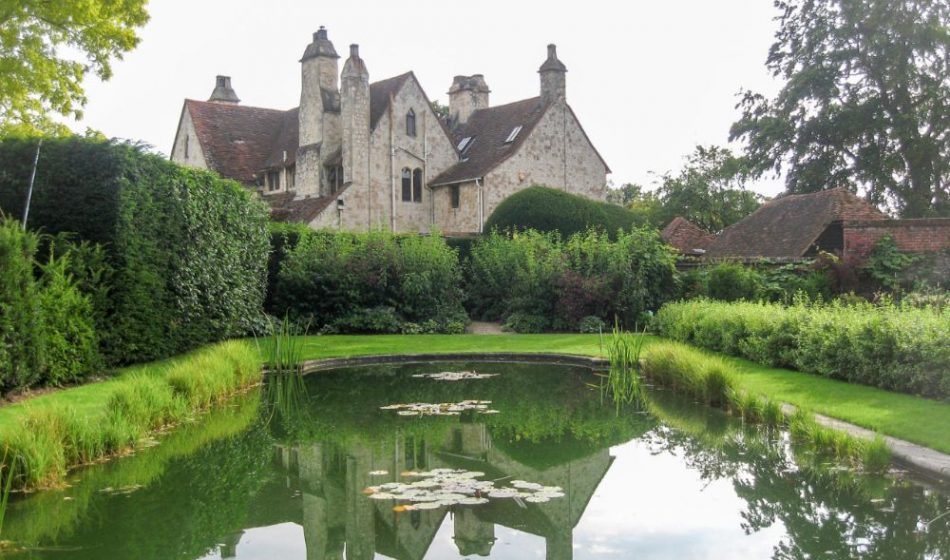 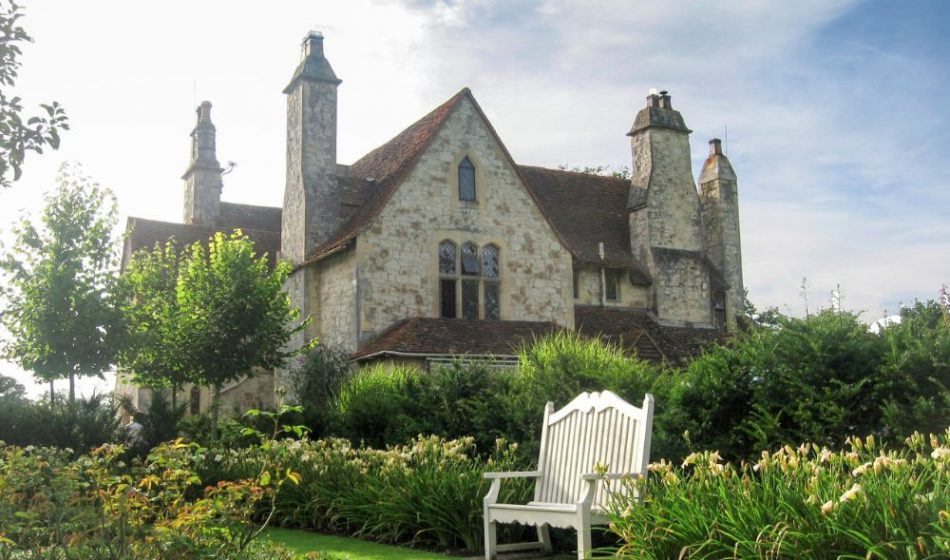 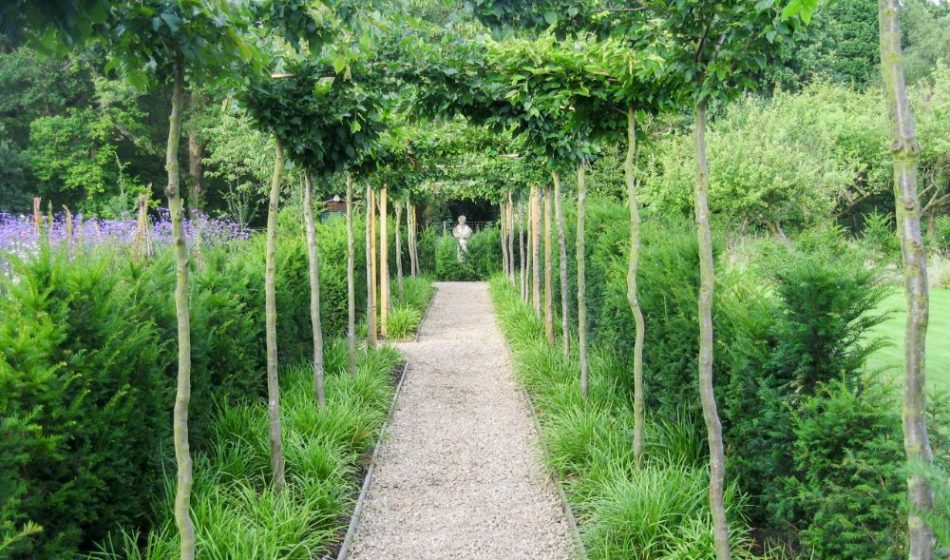 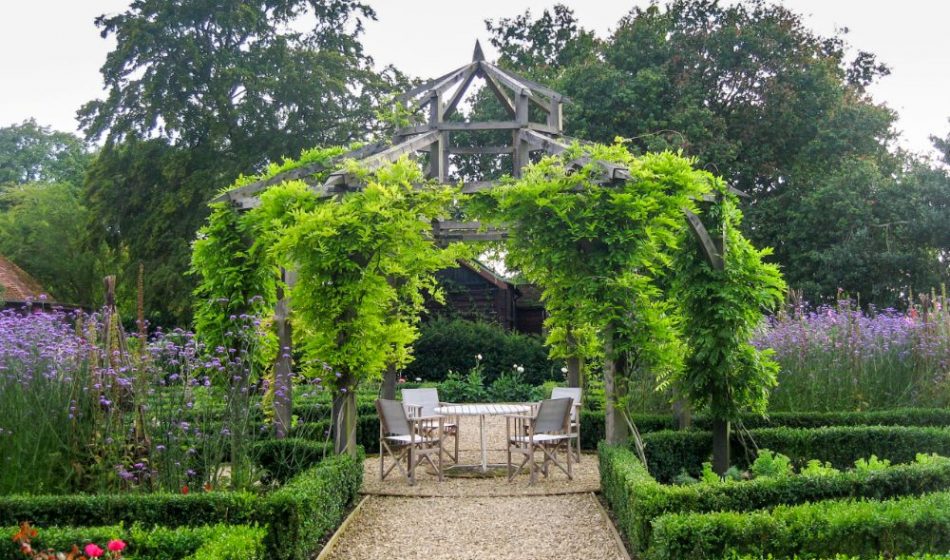 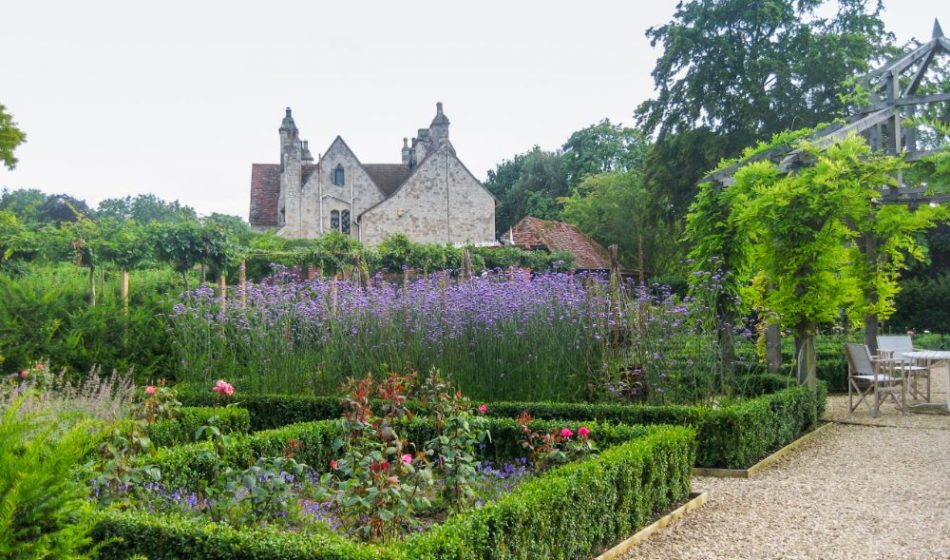 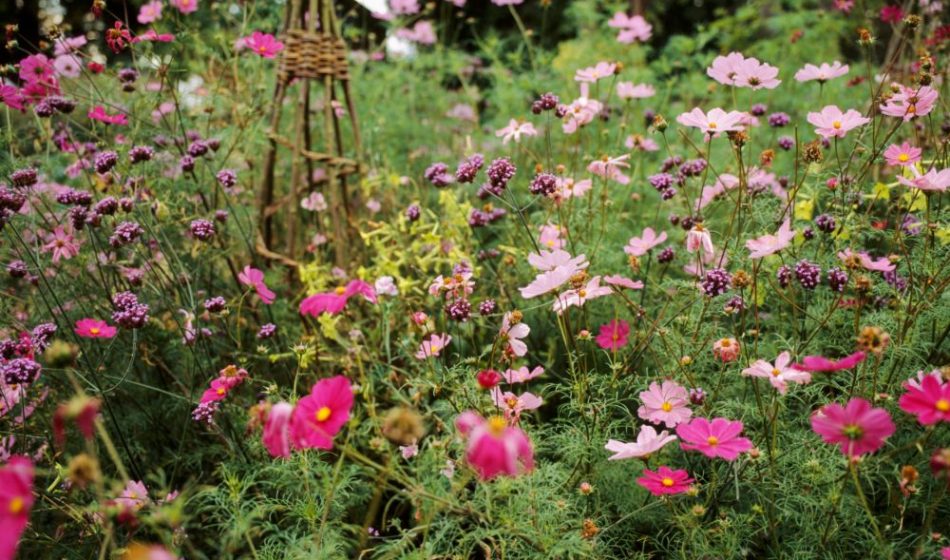 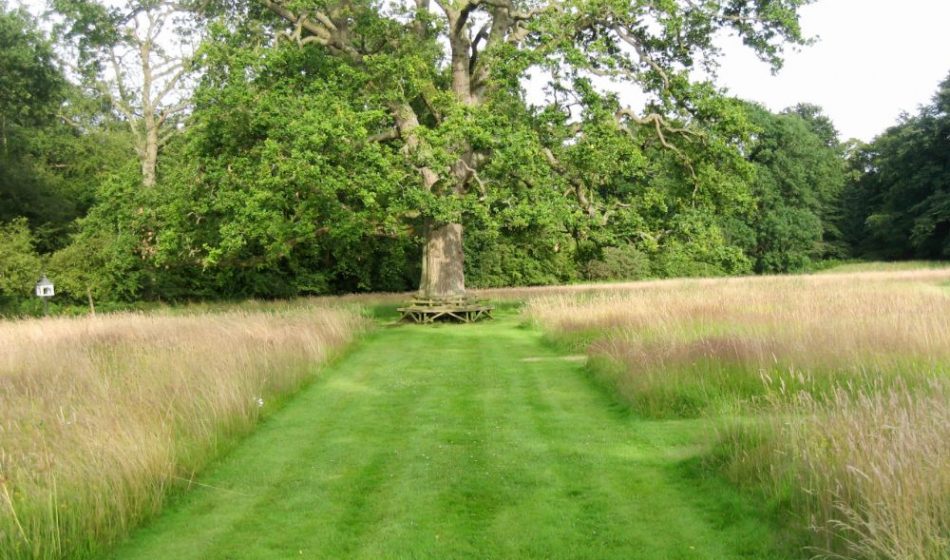 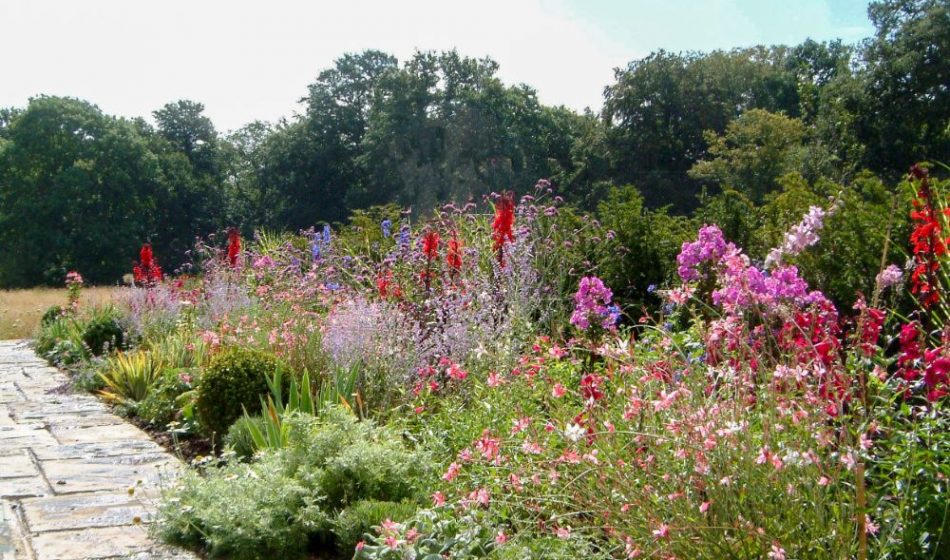 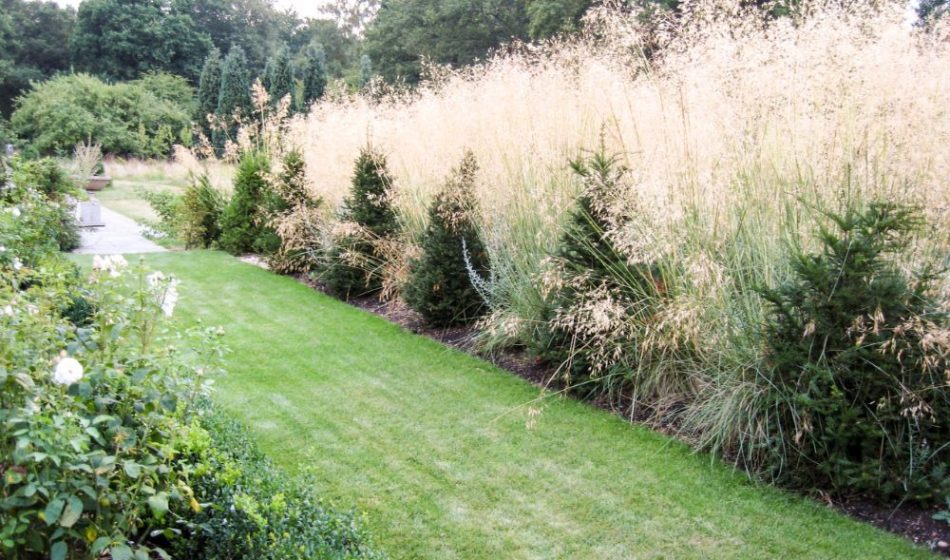 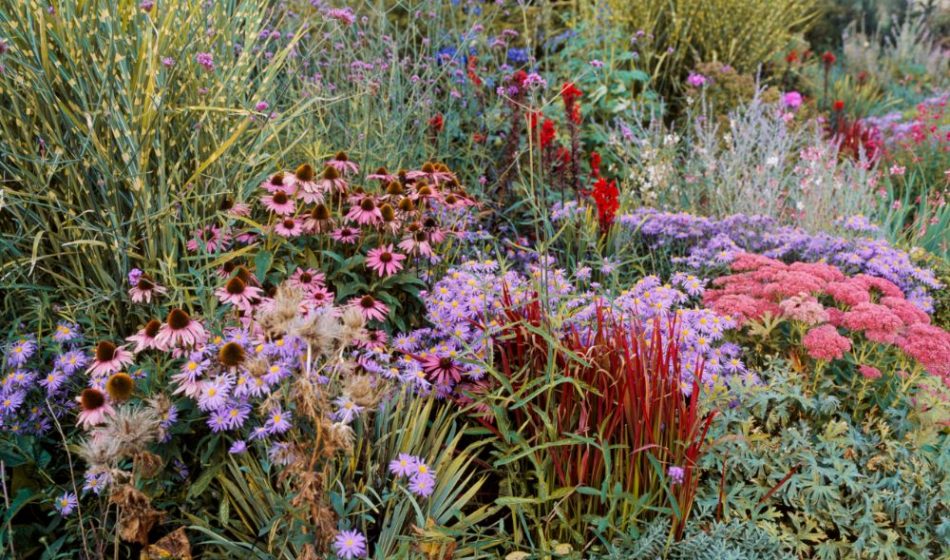 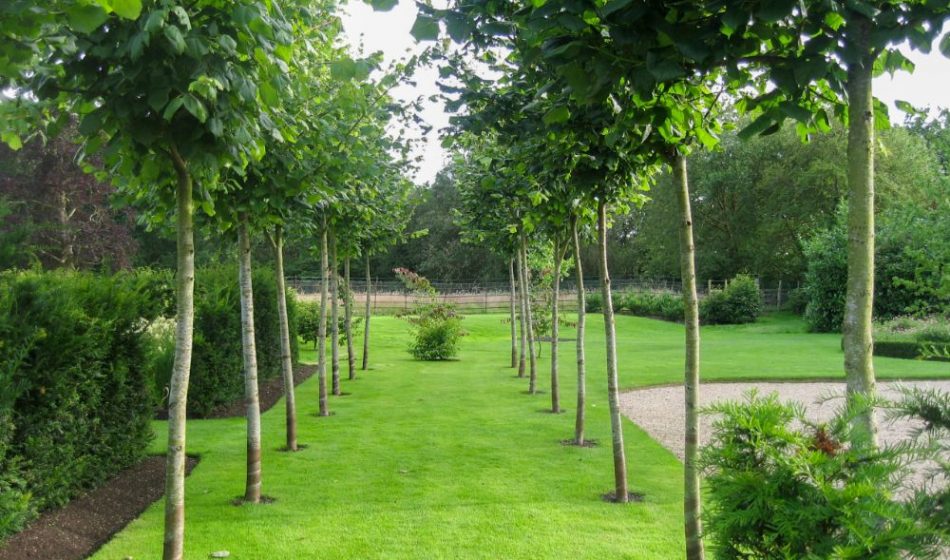 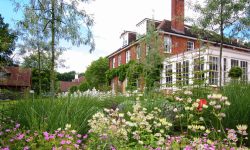 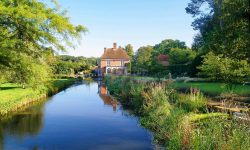