The gardens surrounding this, classically designed, 1930’s house required a total rethink. Although the property was surrounded by a rural landscape, little of it was visible from within the house and gardens, due to overgrown shrub borders and hedging.

Our approach has been to open up views; but maintain interest by creating a series of larger garden rooms separated by formal Yew hedging and planted borders. Some of the original features, such as the mature Lime trees along the drive and a Sorbus tunnel, were retained to offer maturity within the new layout and to which we introduced soft planting to create a relaxed feel and blend the garden with its rural surroundings.

The reorientated drive now allows a clearer perspective of the front facade of the house upon approach. New parking areas were created away from the facade, so as not to clutter this view, which in turn has created a better outlook from the rooms within.

In the west garden an old hedge was removed to reveal a hidden panoramic view of the adjoining rolling farmland. Park railings were introduced to define the garden boundary, but allow a newly graded lawn to flow seamlessly into an adjoining Buttercup meadow. The lawn is now framed with a bold planting of soft coloured Peonies and Alchemilla and a widened terrace on the west facade looks out over topiary Yews, painted obelisks and cool white planting of Campanula, Echinacea and Roses. More generous steps now invite one out of the drawing room into this beautiful scene, where relaxing loungers have been positioned to take advantage of the far reaching views.

A high Beech hedge blocking views into the garden was removed, revealing the original 1930s’ summerhouse. This was greatly enhanced by repainting it a pretty colour and by planting old fashioned Roses to ramble up and cascade over it, to create a slightly rustic and romantic rural effect.

A terrace and formal lawn, framed by mixed borders, offer an outlook from the new orangery, punctuated by Yew hedging to enhance the formal structure and to frame some beautiful specimens of Malus hupehensis. The lawn culminates in a semi-circular design, with Yew hedging concealing a pool garden beyond and framing a sculpture by David Harber. Hand-crafted metal gates draw one through into the swimming pool garden and a woodland walk towards the tennis court. 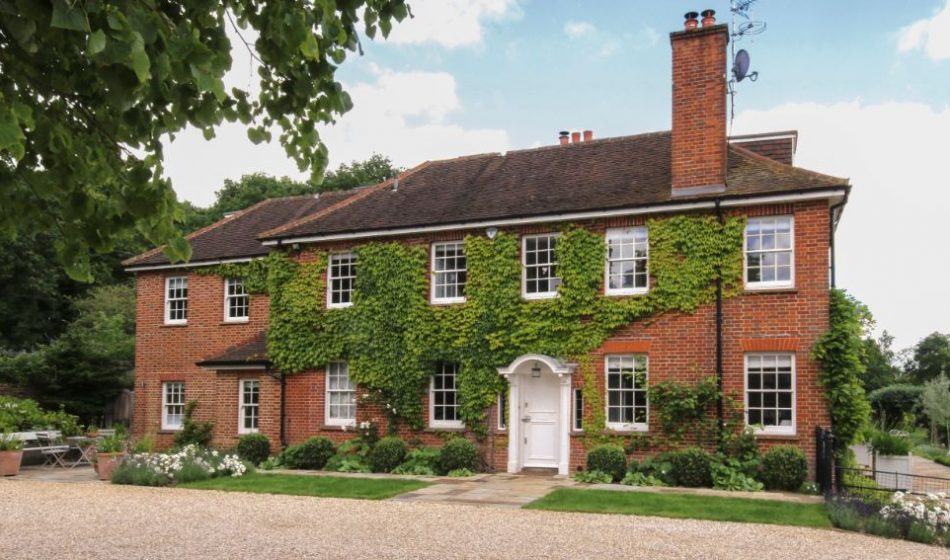 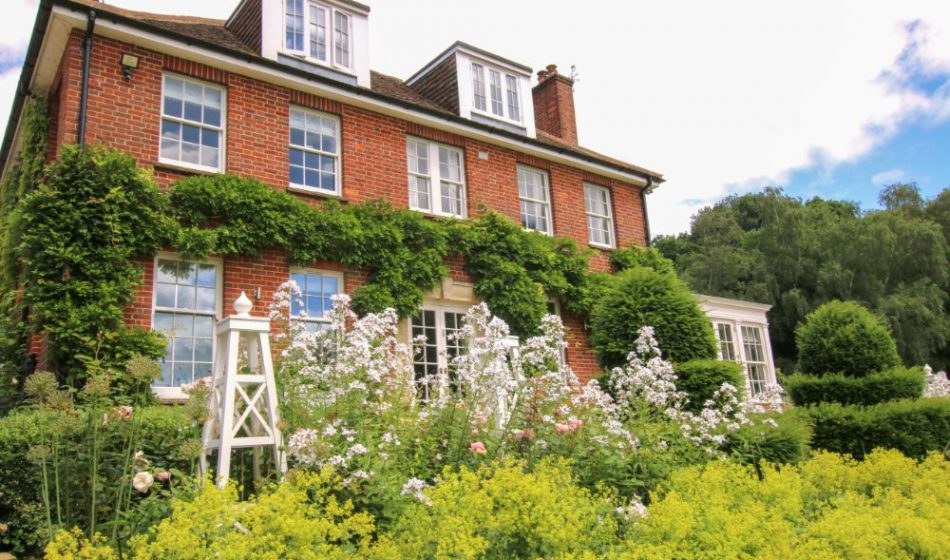 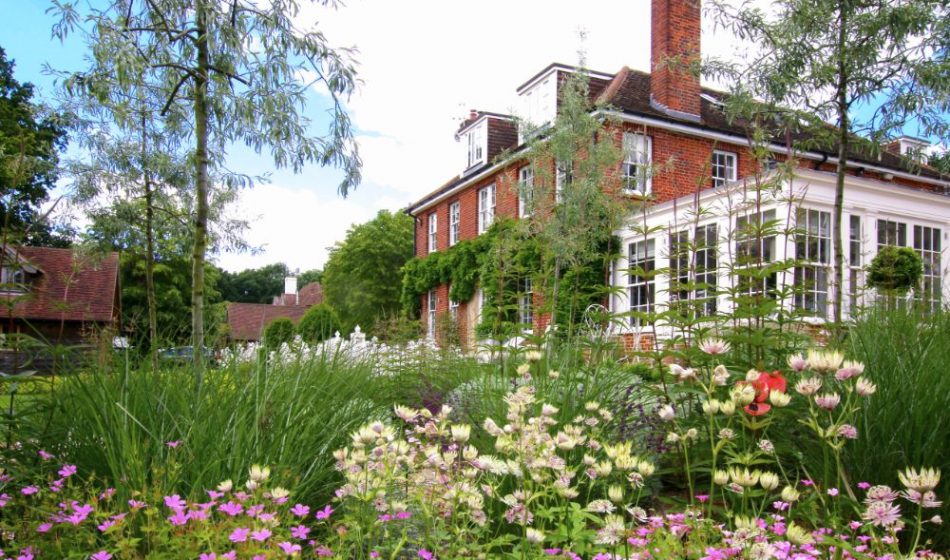 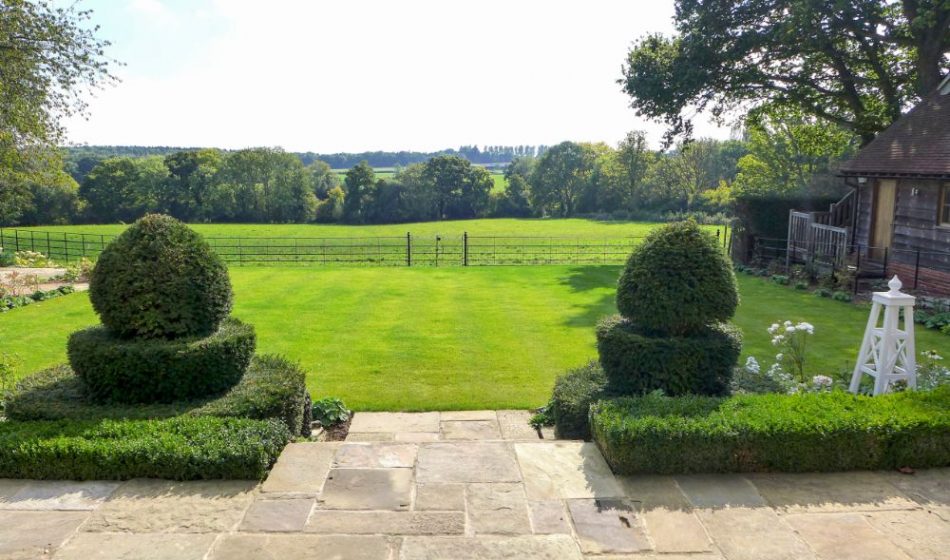 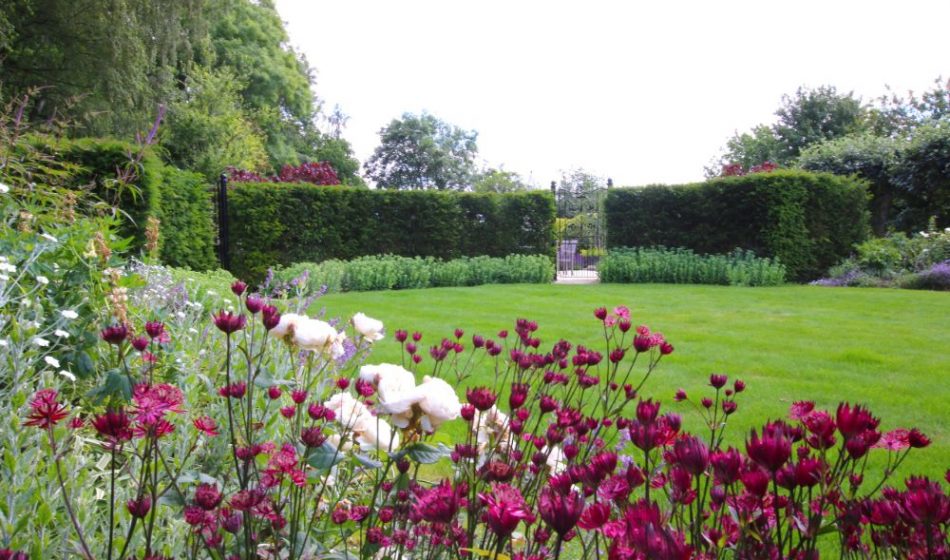 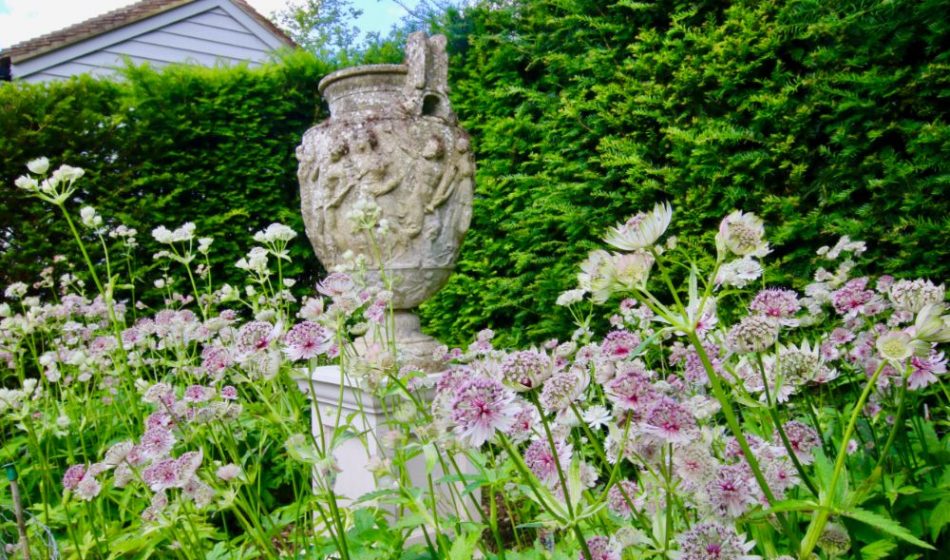 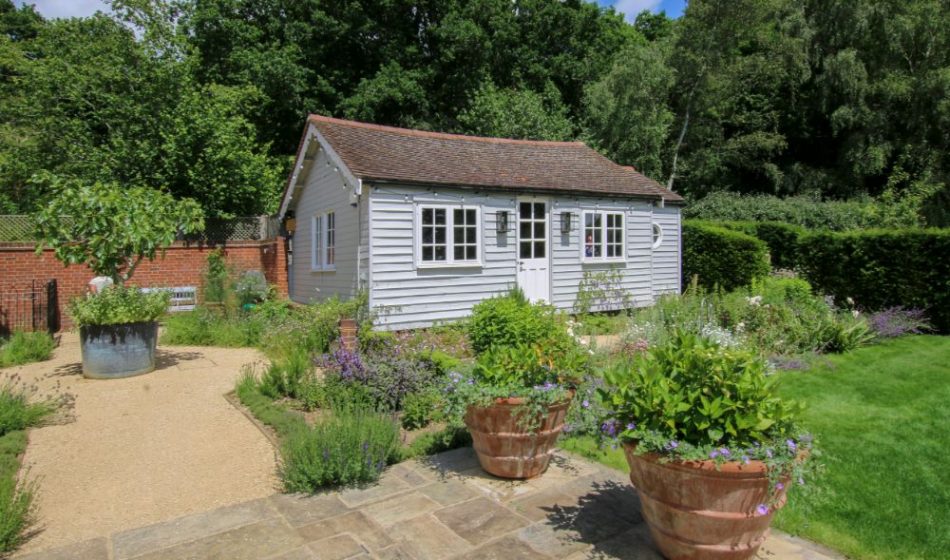 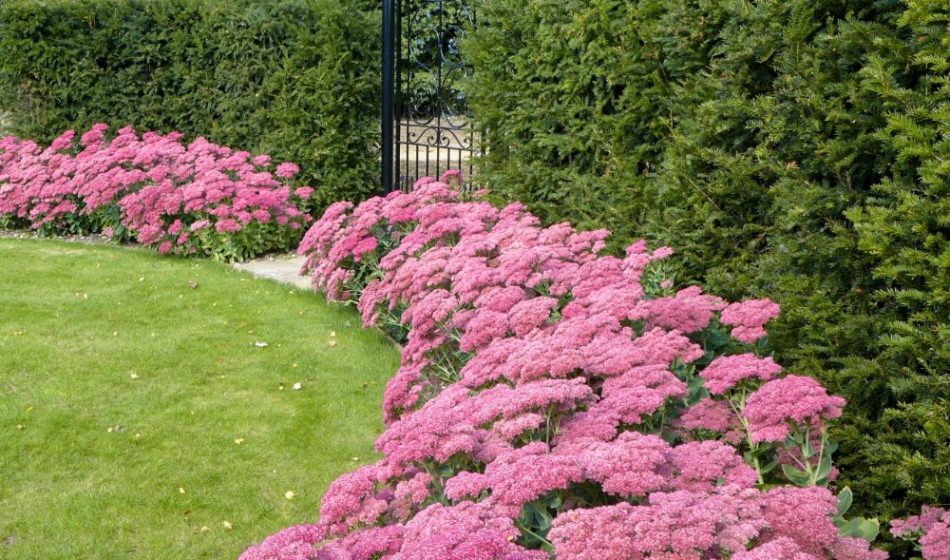 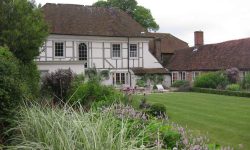 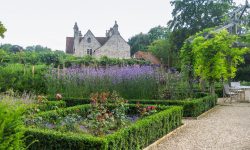